After half a century a new overall roofed station for Corris 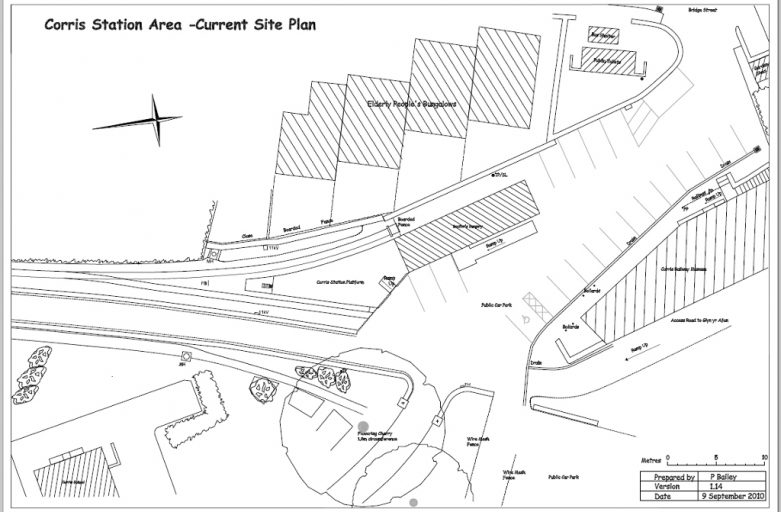 One of the most iconic structures on British narrow gauge railways, the overall roofed station at Corris was finally demolished and its site cleared in 1968. It had become steadily more derelict after the Corris Railway closed two decades before in 1948, with the overall roof being removed in 1949, and at that stage there seemed little chance that the Dulas Valley in Mid Wales would hear the sound of a steam train at work again.

The Corris Railway Society had just come into existence at the time of the demolition work and was unable to influence the decision. Now however with a museum in the former stable block at Corris and trains running between Corris and Maespoeth Junction it is intended that a new overall-roofed station will be welcoming passengers in the village once again.

Exact recreation of the original will not be possible. In the half century since the demolition changes of land use make that impossible, especially the need for the new station to share the area with the car park that serves both the village and visitors to the Railway. Operationally the run round loop will be made possible by use of a traverser rather than headshunt and points. However the new structure will certainly evince the atmosphere of the original, together with the Corris’ recreations of original steam locomotives and carriages.

The Corris Railway has the necessary land and planning permissions. It is intended that volunteers will carry out parts of the work but to achieve the goal within a sensible timescale professional construction work will also be required with an estimated final cost of £300,000. Grants have been applied for and Corris Railway Society members are fund-raising but clearly donations towards the project will be most welcome. More detailed information can be seen at www.corris.co.uk, where donations can be made online or an A5 leaflet giving details of the project can be obtained from Corris Railway, Dolbryn, Penegoes, Machynlleth, SY20 9RT (a stamped self-addressed envelope would be appreciated).