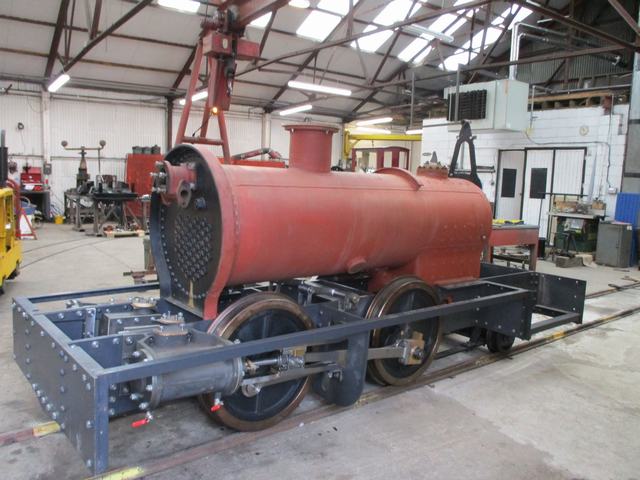 Established in 1950 the Historical Model Railway Society has accumulated a large archive of drawings, photographs, other documents and books which are housed in its dedicated building at the Midland Railway Centre in Derbyshire. This is an invaluable resource for both modellers and railway and social history purposes and available to Society Members.

Many of the books housed in the library have been donated to the HMRS by its members or left in legacies and this continues to the present day. However this means that there is a duplication, or greater multiple, of titles that are offered and already held and the Society looks to find good homes for these rather than seeing them go from cherished possessions to being pulped for recycling.

The HMRS Librarian is Ian Cross from Derby who amongst other interests is an engineering volunteer with the Corris Railway which is restoring the narrow gauge line in the Dulas Valley, north of Machynlleth, in Mid Wales.

Ian has produced, and helped to produce, some components for a new steam locomotive which should enter service on the Corris in the autumn of 2022. It is a small tank engine, based on a design dating from 1878, and the completion date depends to a great extent on the rate of fundraising. Although the new Corris Falcon would comfortably fit in the tender of Tornado or Flying Scotsman it is not a cheap project and will finally cost in the region of three hundred thousand pounds.

To help matters along Ian had a sales stand at the Corris’ Gala Weekend, September 4th and 5th, selling some of the duplicated titles. This followed on from previous successful selling efforts on behalf of the Midland Railway Centre and the Bishops Castle Railway Society. His stock was further helped by some large donations from Hudson’s Transport Bookshop in Matlock.

As a result of the generosity of supporters, the HMRS and Hudson’s the funding for the new Falcon benefitted to the tune of four hundred and eighty eight pounds which a supporter of the project rounded up to five hundred pounds.

Information about the Falcon locomotive project can be seen at www.corris.co.uk