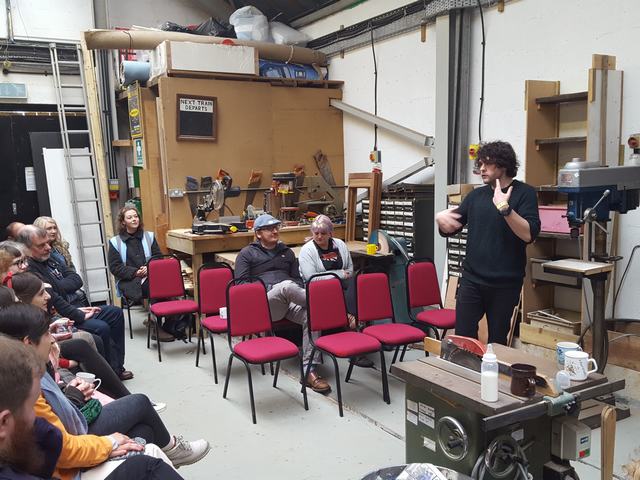 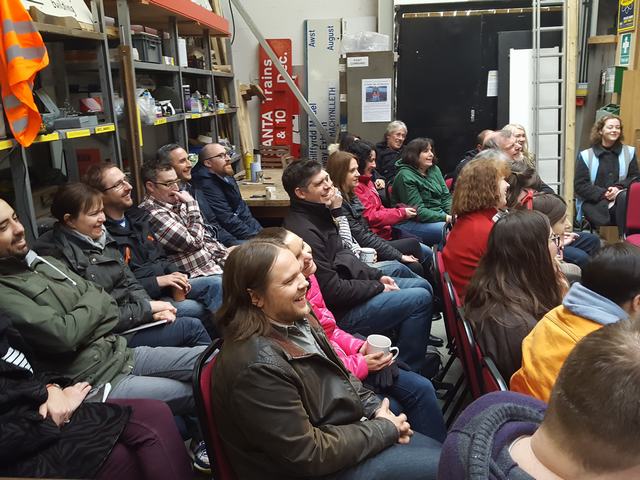 Once again the Corris Railway ran a special train as part of the Machynlleth Comedy Festival for a gig which took place in the carriage shed at Maespoeth Junction.

The Festival has been an annual event for eight years now and is one of the largest in Great Britain, taking place over the weekend before the May Day Bank Holiday, with the 2017 dates being April 28th to 30th. On Friday 28th Corris Railway volunteers readied the carriage shed for the event and on Saturday morning a coach left Y Plas Car Park in Machynlleth at 09.15 for Corris where “Tattoo” steam locomotive number 7 was waiting to take the passengers to Maespoeth Junction aboard a special train.

The comedians performing were Edd Hedges, Scott Gibson, James Meehan, and Alexis Dubus and although matters were underway before 10.00, an unusual time for live comedy, all went along with plenty of laughter. Normal Corris train services began at 11.00 and a late morning return from Maespoeth Junction saw the audience back on the road coach and into “Mach” by 13.00. After their departure the carriage shed was returned to normal and work on projects including “new build” carriage number 23 got underway once more.