Covid-19 And Progress On The Corris Railway 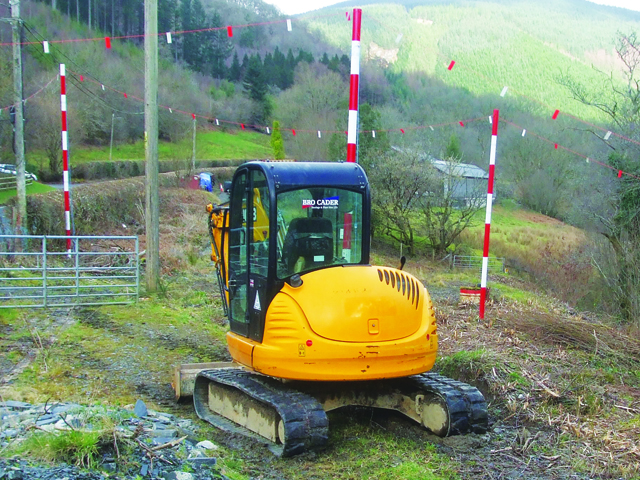 As with the other British Heritage Railways the Corris Railway has had to suspend its operations, maintenance and restoration work pending the lifting of the lockdown and movement restrictions. On the plus side there has been progress on two of its major projects namely the Southern Extension of the line beyond Maespoeth Junction and the new steam locomotive, “Falcon” 0-4-2ST No. 10.

As its workforce is entirely voluntary the Railway has not had to meet staff wages during the enforced lockdown and with no trains moving and no activity in the workshops or at trackside some costs including coal, fuel and utilities have been greatly reduced. However there are others to be met, often overlooked or unrealised by enthusiasts and passengers, including insurance payments and licensing of online tools such as accountancy packages. With no fares being paid and no retail sales apart from the Corris’ online shop these costs do eat into reserves. In addition, at a time when communication with Society members is crucial, there are the costs of producing the quarterly “Corris-Pondent” magazine. The Railway will also need to have finance available in its general funds ready to cover costs of restarting operations as restrictions ease.

The enforced shut down has been frustrating for the Corris workforce and membership. This is particularly so as materials have been sourced from Dolgellau for another phase of construction of the Southern Extension works, which will see the operating line extending further along the Dulas Valley from Maespoeth Junction, and work is planned with £70,000 earmarked for the start of embankment earthworks. Considerably more will have to be raised, however, for this part of the revival of the oldest narrow gauge railway in Mid Wales.

Continued support for the target of £44,000 to complete the bottom half of new steam locomotive “Falcon” No. 10 at the workshops of Alan Keef Ltd near Ross on Wye has brought that stage of construction into clear sight with less than £14,000 left to raise. Stainless steel for and some work on the loco’s smokebox as an early stage of the “top half” has been costed at a further £1,000.

Fund raising towards to the next stage of construction of the new Corris station was also progressing, the plan there including a new track plan with a traverser and new platform.

Some work has continued away from the Railway in members’home workshops including manufacture of components for the next carriage due to enter traffic, number 23. Hopefully this will take matters forward when access to the carriage shed at Maespoeth Junction is possible once again.

Donations towards the Corris General Fund, which will assist with the continuing costs during the shutdown and the eventual resumption of operations, and also for the works on the Southern Extension can be made via Paypal by using one of the links below:

Please consider helping us to develop the Railway? Every penny counts, Thank You!