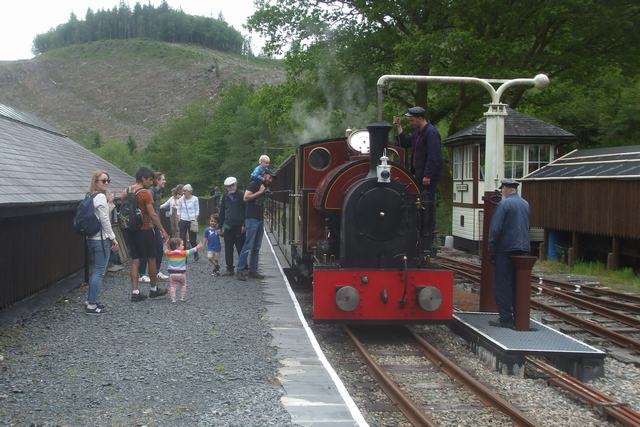 The ‘Great Little Trains of Wales’ is delighted to announce the Corris Railway will be joining as its latest new member, joining the existing eleven Welsh scenic railways in the consortium.

The railways which make up the Great Little Trains of Wales (GLTW) have in common that they travel through some of the very best scenery the British Isles has to offer and a very special way of seeing it aboard a historic narrow-gauge steam train. Each railway shares the same passion for its history and surroundings and takes pride in the charm of its old-time steam trains, polished paintwork and brass, but each railway also offers something a little quirky and different to its passengers.

The inclusion of the ‘Corris Railway’ brings the consortium to twelve (see below for full list of members) and adds further prestige to this already world-renowned brand. Amongst its members, GLTW boasts the oldest independent railway company in the world, one of Europe’s most exciting railway projects, and some of the most recognisable engines on the planet – including enthusiasts’ favourite, ‘Russell’.

“‘The Great Little Trains of Wales’ was started in 1970 to encourage visitors to come to Wales in general and to ride the narrow-gauge railways in particular. The addition of the Corris Railway to the existing eleven railways makes the GLTW’s Discount and Gold cards even better value and a must have for anyone intending to visit several of the railways during the year.”

The ‘Corris Railway’ is a 2’3” gauge railway, whose origins date back to the 1850’s. It was initially built to carry slate from the quarries at Corris Uchaf and Aberllefenni in the Dulas Valley. The railway ran until 1948, but preservation began in the 1960’s. Today it operates regularly with a mix of steam and diesel traction between Maespoeth and Corris Station, and has exciting plans to extend its operations.

“When the preservation of the Corris Railway started in 1966, the pioneer volunteers had nothing but one decrepit building to work on. Since then, we have purchased land, restored the infrastructure, laid track and built a completely new train with modern recreations of the original Corris Victorian carriages and a Corris steam locomotive. As we move into the next phase of the development of the railway with a second steam locomotive, a new station in Corris and a southern extension we are delighted to have been invited to join the GLTW organisation. We are ready to contribute to the future prosperity of all of the Great Little Trains here in Wales.”

See the best for less: For just £15 buy the ‘Great Little Trains of Wales Discount Card’ which gives you a 20% discount on the price of a return journey on all 12 members’ railways (including the Corris Railway!) – which is valid for one year from the first date of use (Terms & Conditions apply). There are also discounts for ‘Great Little Trains of Wales’ Card holders with selected accommodation providers close to many member railways. Cards are available at Booking Offices and online at GLTW website: www.greatlittletrainsofwales.co.uk