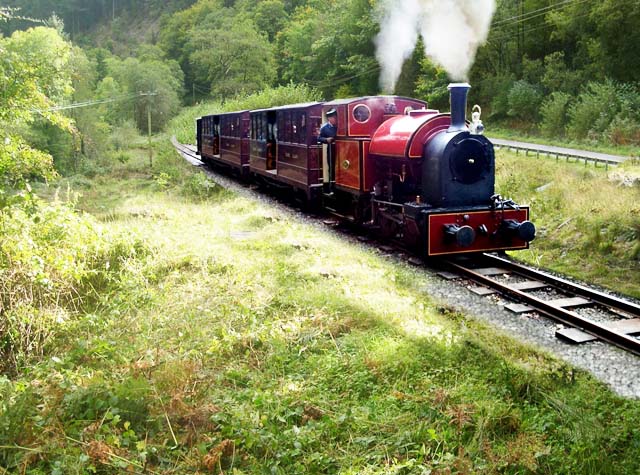 Would you like to see passenger trains running south of our present railhead just to the south of Maespoeth Junction? If you have travelled along the Dulas Valley, particularly on a Corris train, you will have seen how attractive the views are across the fields and river to the valley sides.

If so, you can help turn dreams into reality by donating to this appeal. There are numerous items that need to be funded, ranging from rail fixings to sleepers, fishplates to ballast; plus the Transport & Works Order needed for these works to commence. These can be sponsored by clicking on the icons below and below those you will find information about two fund-raising trains, one with an uncertain start time and one that doesn’t exist at all.

However before we can think about laying tracks we have the small matter of an embankment to rebuild before we can reach the next target of a new railhead that will double the length of our current running line. This embankment will be some 440 metres long and after some construction work that has been carried out at either end of the site a further section remains which will be 300 metres long and quite high. It will also have to include a bridge over the Nant Goedwig stream and as part of flood control in the valley will need steep sides. Construction of that sort will need to be carried out by contractors. Thanks to many generous donations in the past from supporters we have £100,000 in funds towards the work. However the estimated cost of “going south” is (swallows hard) £700,000. Grants are being sought but there is a long way to go.

The reason for the embankment is that although much of the former Corris trackbed is intact beside the road towards Machynlleth road improvements to the A487 have claimed the former route at the point where we need to go next.

At the end of March 2020 a major breakthrough was made when a quantity of stone was made available from a construction project in Dolgellau and was found to be suitable material for the making of gabions (metal baskets containing rocks) that can used to support the foot of the high section of embankment. Preparation work on the site was carried out by contractors who were able to work within the Covid-19 Government guidelines, and with gabions in place then the construction of the embankment can be taken further. This work has consumed some £70,000 and donations towards the next stages of construction will be very welcome.

This section of the line will include some gradients as steep as 1 in 30 which will certainly pose a nice challenge to “Tattoo” steam locomotive No. 7 and, when it is complete, “Falcon” No.  10 as they take trains up the section northwards to Maespoeth Junction.

Once the embankment and bridge work is completed the intention is to advance the rail head further southwards to Pont Evans where a run round loop will also be constructed. Combined with the new track layout at Corris station where a traverser will feature, this will allow locomotives to run round their trains at each end of the line.

After Pont Evans the next stage will include having to cross a minor road off the A487 before continuing along the route to Esgairgeiliog station which is already in the care of the Corris revivalists. Longer term it is intended to extend along the scenic Dulas Valley at least as far as the Centre for Alternative Technology.

All assistance is most welcome and we would like to thank all of our supporters as we look to extend the running line southwards along the Dulas Valley.

By clicking on the “Donate” button you can really make a difference!

If you would like to support the Extension but would like to do so without buying track components we can offer tickets for a historic special train which has yet to run and for which we have no departure time as yet. Or you can “travel” on a non-existent train and acquire some nice and unusual artwork. Intrigued? Read on….

We have tickets to sell for the first train to storm up the 1 in 30 of Maespoeth Bank, once we have rebuilt it. The maximum number of seats is 76, depending on the comparative speeds of construction for the new carriages and the Extension. They are available now at a price of £500 each which goes into building the section to run the train on. The earliest date of operation is 2022 and it could be later. There are initial thoughts of a full scale celebration including a one-off Edmondson card ticket, certificate of authenticity and a buffet in the carriage shed at Maespoeth Junction. If you would like to take part in this piece of history please send a cheque value £500 and payable to the Corris Railway to David Coleman, Brynderw, Aberlleffenni, Machynlleth, Powys, SY20 9RR. 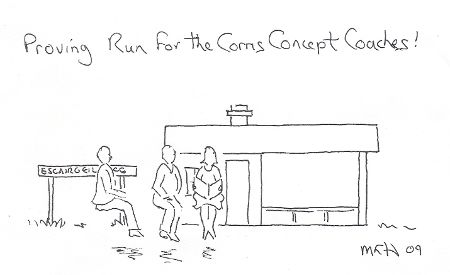 The idea behind the Corris Concept Coaches is to encourage donations by offering in return a bit of fun and some keepsake documents, nice enough to display.

Those who participate in this conceptual artwork, by travelling in imagination over the unrestored Corris Railway line, validate their participation by donating money towards the cost of extending the Railway.

Receive a numbered certificate individually signed both by the artist and our President, Christopher Awdry.

They also receive a map with a full explanation of the artwork, and a ticket to ride their virtual journey. These documents form a limited edition of 500. Of these 50 form a much more limited edition with numbered seats on the very first virtual train. Some of these 50 are already reserved for VIPs.

For standard certificates, numbers 51 – 500, the suggested minimum donation is a modest £10.00, with the expected range of donations being from £10.00 to £20.00. The amount of the donation will be recorded upon the certificate.

For the scarce and more elaborate premium certificates, donations of above £30.00 are expected.

Both types of certificates are available to non-members; this offer is being promoted and advertised elsewhere. It would be wise therefore not to delay, especially if one of the premium certificates is desired. 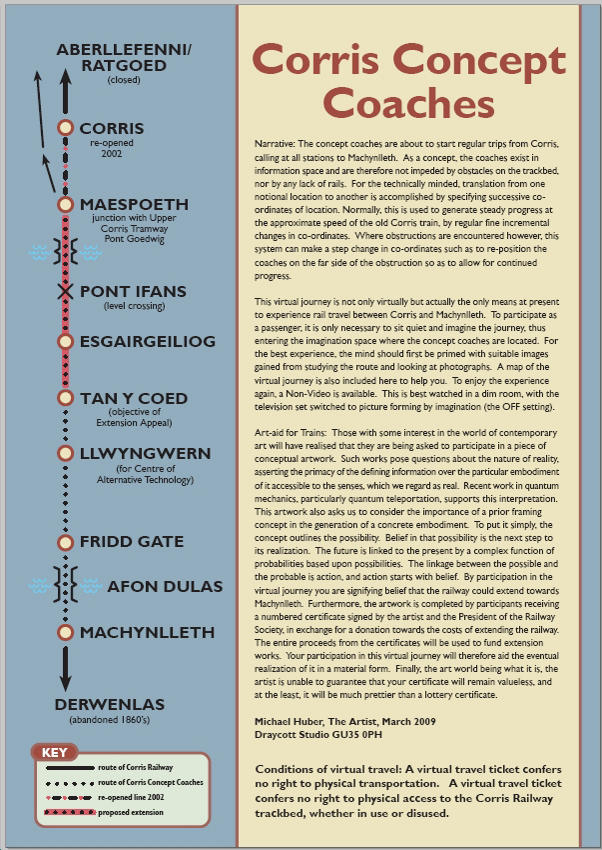 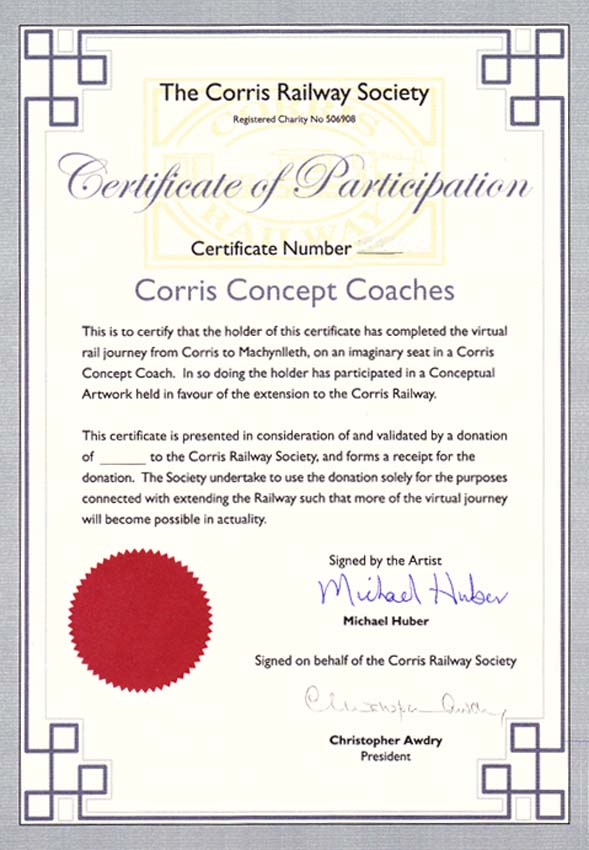 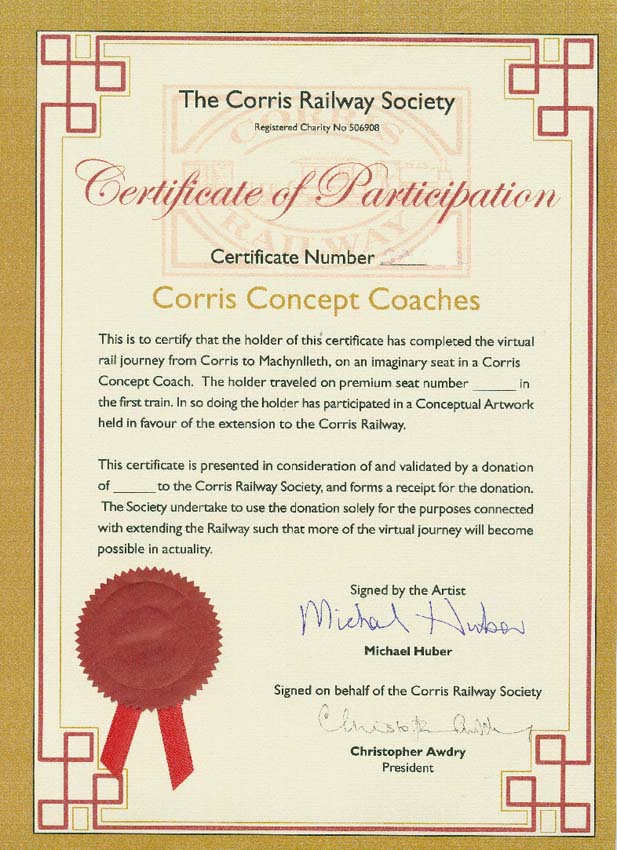 2 thoughts on “The Southern Extension”