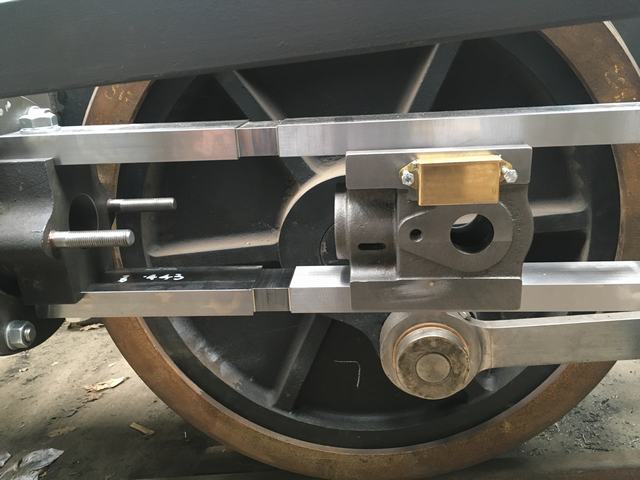 Following the ordering and cutting of the metal for the cab of the new Corris Railway “Falcon” 0-4-2ST the project has taken another step forward. Talks between the Corris and Alan Keef Ltd, as the builders of the new locomotive, took place at the end of January and as a result a target completion date has been agreed.

Alan Keef Ltd holds Open Days in late summer/early autumn every two years at its works near Ross on Wye with the proceeds going to charity. The next will be in 2022 and it will mark the firm’s 50th Anniversary since it was first established in Oxfordshire. As part of this celebration the aim is to have the newly completed “Falcon” as the centrepiece. After this it would be moved to its new home in the locomotive shed at Maespoeth Junction and subject to successfully being run in could enter traffic on the Corris before the end of the 2022 season.

When the engine is in service it will be the first time since 1930 that two steam locomotives owned by the Corris will be in service in the Dulas Valley, north of Machynlleth. It will be partnered by the 2005 built “Tattoo” 0-4-2ST No. 7 (The Corris was acquired by the GWR in 1930 and closed by British Railways in 1948).

However the crucial factor in this plan is the need to finance the construction in the remaining time and the figure required for completion is £100,000. For a small group like the Corris Railway Society this will be challenging and all support and donations will be very welcome to reach the target.

Donations for the “Falcon” can be made online via www.corris.co.uk. Alternatively cheques can be sent to Peter Guest, 38 Underwood Close, Callow Hill, Redditch, B97 5YS (cheques should be payable to Corris Railway). Peter can also supply Standing Order forms for those who are able to make regular payments which greatly help progress with the project.