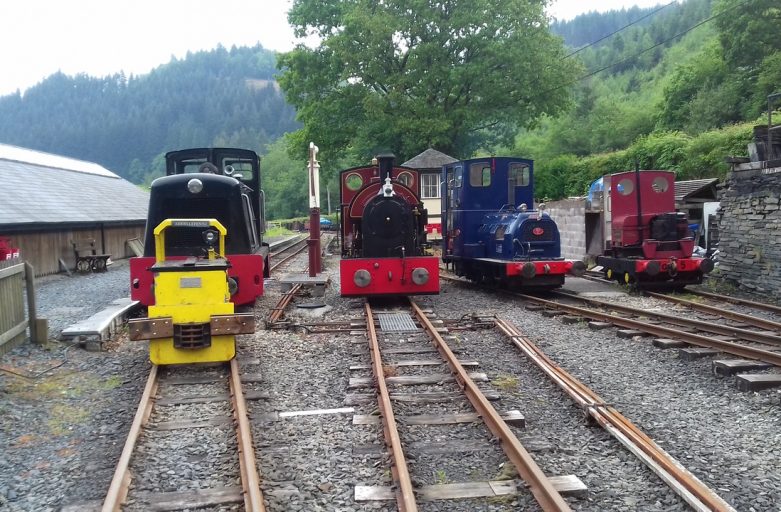 The Corris Railway will be holding its annual Gala Day on Sunday May 26th and the volunteer workforce are looking forward to welcoming enthusiasts and the wider public to the line along the beautiful Dulas Valley, between the station at Corris and Maespoeth Junction.

As per usual on Gala Day the service of passenger trains will be interspersed with demonstration freight trains, and harking back to the Railway’s origins, gravity trains. The locomotive worked trains will be headed by steam locomotive number 7 and the line’s diesel fleet (including number 11 with its Transylvanian links). Also in action will be battery electric locomotive number 9 which has strong local connections, having worked in the slate industry at Aberllefenni. Visitors can see behind the scenes at Maespoeth Junction including progress on the construction of new carriages for the line and learn about progress with construction of the next steam engine for the continuing revival of the oldest of the Mid Wales narrow gauge railways.

Due to the increased number of services, variations of locomotives in use during the day and differing train formations a special timetable for May 26th is shown below.

The Museum and sales area at Corris will be open (last year it had to remain closed due to maintenance work) with exhibits large and small from the history of the Corris and the communities it served.

Passengers cannot join trains at Maespoeth Junction and must do so at Corris. The station is in the middle of the village and can be reached by leaving the A487 Machynlleth – Dolgellau road at the Braich Goch Inn.