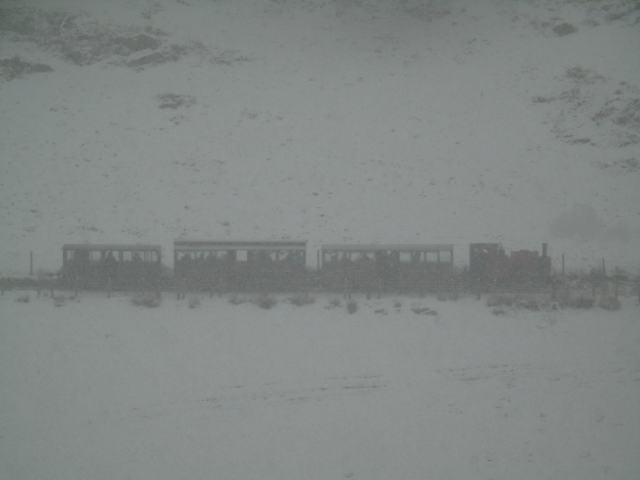 The second day of the 2017 Santa Train operations on the Corris Railway took place in the heavy snowfall that swept across Mid and North Wales on Sunday December 10th. The Saturday trains had been busy, despite the cold weather in the Dulas Valley, but the Sunday brought a snowfall that became intense and left the steam trains finding their way along a pair of rails projecting from a white blanket. Passengers were not plentiful but the Corris volunteers worked through the conditions to make sure that those who did arrive had an enjoyable day out in the Christmas Card surroundings.

However not every volunteer could get through and the event organisers Bill and Christine Newton had to remain at home in Rhyl. Fortunately they had already taken presents and other essentials to Corris ahead of the Santa Season, apart from one ingredient. The Newton family larder was housing some 200 mince pies, which should see them a good way into the New Year before supplies run out. Or Santa may have found more than one beside the glass of sherry on the hearth.