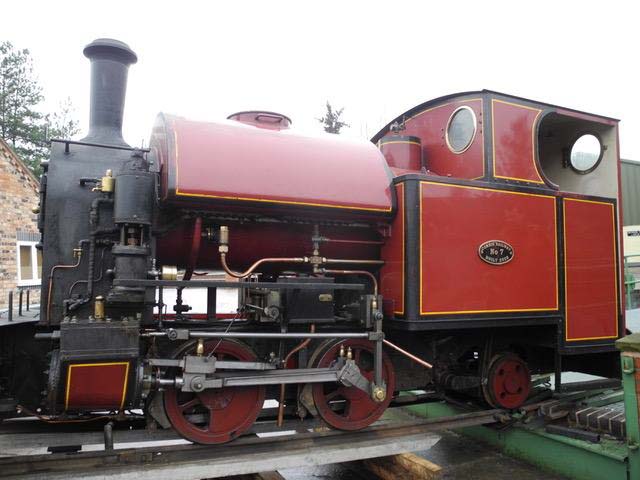 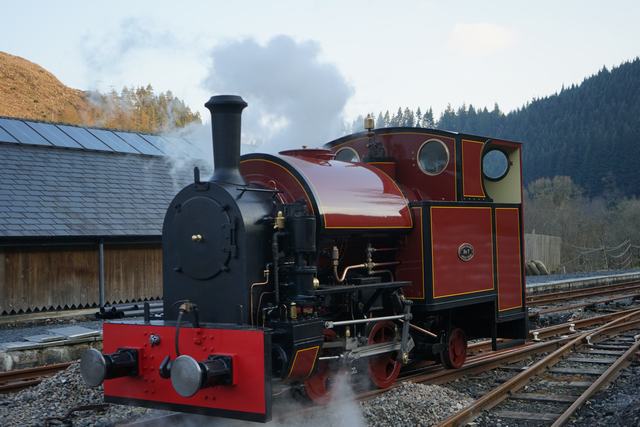 The Corris Railway’s “Tattoo” steam locomotive number 7 has returned to the locoshed at Maespoeth Junction after external and internal work at the Statfold Barn Railway.

Externally there has been a livery change with the 0-4-2ST now sporting a shade of red associated with the former Furness Railway. It is believed that this colour closely equates with the locomotive livery of the original Corris Railway.

The internal work has been carried out on the steam circuit. This has been done in the light of a decade during which the locomotive has been a mainstay of passenger train operations between Corris and Maespoeth Junction, plus a visit to the neighbouring Talyllyn Railway which gave number 7 a longer running line on which to stretch her legs. On her first duties post-overhaul, during the staff training weekend at the start of April, footplate crews reported that the engine had a greater reserve of power and was consuming less water. This represents a very useful gain on what had been a satisfactory performance by number 7 after entering service in 2005.

The extra power will prove useful during 2017 as with the conversion of carriage number 20 to a brake second vehicle the passenger trains on the Corris will now be three coaches in length, rather than two. The work on number 20 will also allow engines to appear at the Corris end of the formation rather than propelling the passenger trains from Maespoeth. 2017 will therefore see three carriage trains on the CR for the first time since 1930. Eventually as the works to return Corris station towards its former glories progress a traverser will allow locomotives to run around their trains. Two new carriages for the Corris are under construction in the shed at Maespoeth Jnc.

On the Annual Gala Day, May 28th, there will be a second “passenger train” in action as for payment of a supplementary fare those who wish will be able to travel in a brake van. This will recreate something of the days between 1930 when passenger services ended and the closure of the Corris in 1948. In that era quite a number of people travelled in the guards van of the trains with varying levels of “permission” to do so. For space reasons this will only be available for up to six people to sample the journey in this way. A timetable of operations for the Gala day will be found on the Corris website www.corris.co.uk