Progress With The Revival Of The Corris Railway 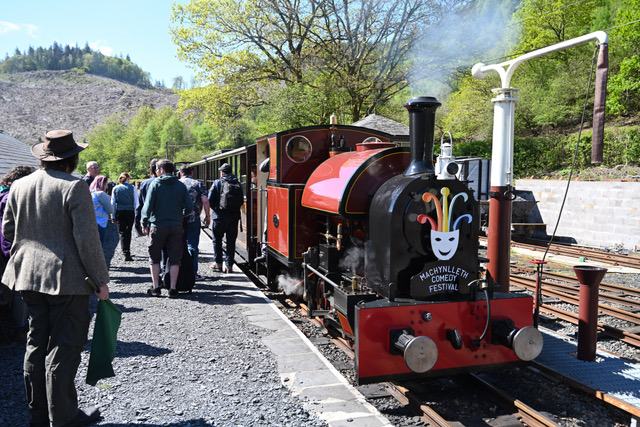 The Corris Railway once again took a small part in the annual Machynlleth Comedy Festival on Saturday May 4th when before normal train services began from Corris Station a special steam train operated to Maespoeth Junction where the passengers were entertained by performances in the carriage shed. 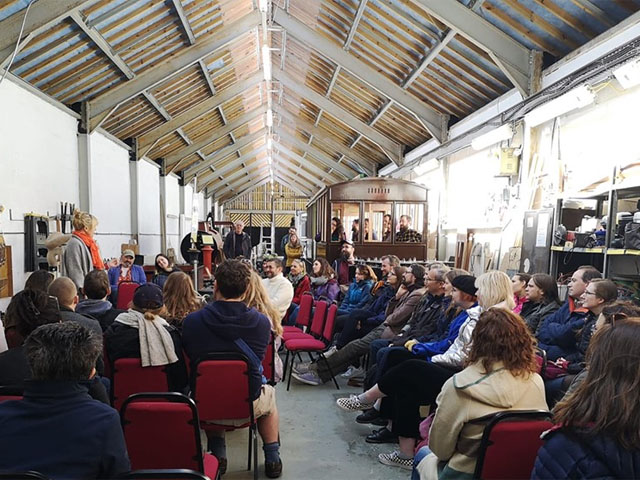 Away from the morning of laughter the carriage shed has seen continued progress with carriage and waggon work. New coach 23 is steadily being taken towards completion and its entry into passenger carrying service. It has received its first coat of the dark brown Corris carriage livery as internal fitting out continues. The other carriage under construction, number 24, has taken many hours of patient steel erection and welding of the carcase that will carry the wooden bodywork and internal seating and fittings. 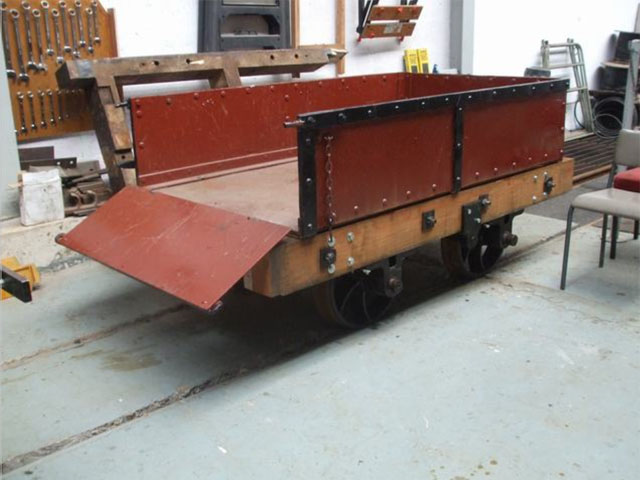 Volunteers have also constructed a new wooden underframe for an iron bodied waggon which will be available for use in demonstration gravity trains, photographic charters and in recreated goods trains. The restored waggon will feature on May 26th when the Corris Railway hosts its annual Gala Day. The Gala features trains headed by steam and diesel locomotives plus a chance to see the battery electric engine which once worked in the slate industry at Aberllefenni in operation. Visitors can also visit the workshops and the Museum and shop at Corris station will be open.

Fund raising continues towards the construction of the new station at Corris which will eventually feature an overall roof to evoke the atmosphere of the original building, demolished half a century ago. The next stage of the work, which will not commence until the winter months when the small band of volunteers is less involved in train operations will involve the start of the new track layout which will include a traverser and loop to allow locomotives to run round their trains instead of propelling them to Maespoeth Junction as is currently the case.